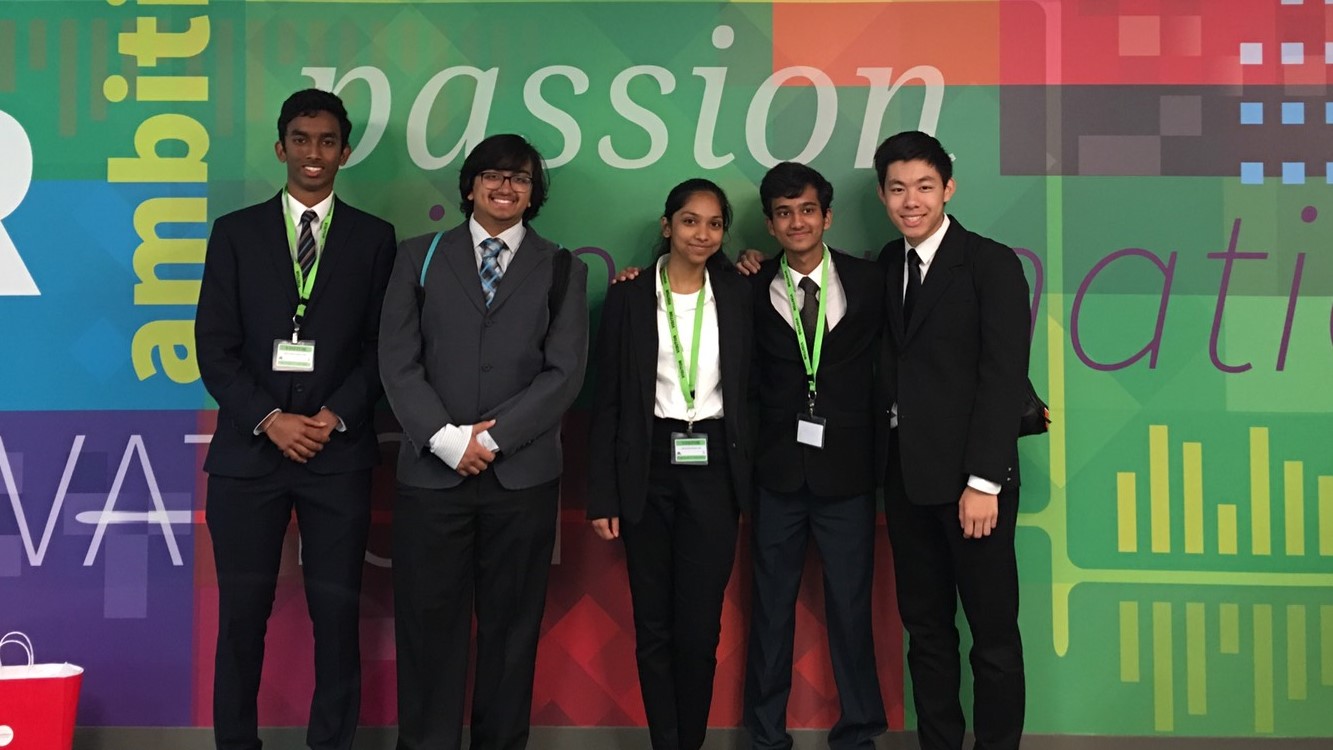 After getting rejected from TAG-ED's summer internship program, I was clicking around the tag ed website when I noticed a program called Tomorrow's Technologists Coding Camp. With my summer empty at that time, I decided to apply. With no interview process, there seemed to be no loss. Soon after I forgot about it. After been rejected yet again from Cisco's high school program, this became my only major option over the summer. Miraculously, I ended up getting accepted into the program, a four week summer program, which lasts from June 17th to July 19th, with the first week of July off for July 4th. This seemed to fit my plans well, as I had FBLA the last weekend of June, and could use both of my absences then.

After orientation was pushed back a week, I became slightly skeptical about this camp, as no one I knew applied for this camp. At the orientation, I noticed the general demographic of the attendees, out of the 27 kids present, two including myself were Asian, and the vast majority, around 20 kids, were Indian. After not recognizing anyone, I honestly did not enter the camp with very high expectations. The camp was structured in a way that each week had four days at the Georgia Tech campus and 1 at the LexisNexis Risk Solutions headquarters in Alpharetta. The camp at GT was held in a classroom on the third floor of the College of Computing building.

The first week, which was considered fundamentals, was spent in scratch, which is block based programming. Honestly, I didn't enjoy the first week. Scratch was boring and very limited, and I didn't have many friends, as a good portion of the kids already knew each other from being from the same school. That Friday at LexisNexis Risk Solutions, many of their department VP's came to talk to us, which I enjoyed, but there was no real interaction. The second week was spent on python. This week was an improvement as I personally enjoy coding most projects I do in python. However, I took both days of absence the Thursday and Friday of that week as I had to be in San Antonio for FBLA. Turns out that Thursday they had two different guest speakers, what a great day to miss! After that, the following week was a break week as it was the first week in July. I didn't really think about the camp as I was in Texas for a good portion of the week and catching up on sleep the rest of the week. Web development was the focus of week three, and I got my first insight into HTML, JavaScript, and CSS. In the three days that were spent learning web dev, multiple different speakers came in. Most of the speakers who spoke to us at Georgia Tech were either college students or young adults in the field.

The ultimate end goal of the program was for students to create a product that they were interested in and thought could solve a problem. Kids who had ideas already gave pitches. Some of the pitches included a scripting language for kids and a volunteer app among others. When asked to choose the one I wanted to be in a group with, I chose a kid whose pitch was a carpool app. However, I didn't want to to work with him because I was into the idea, I felt he was the best team leader up there, and I was not disappointed with my pick. We ended up creating a virtual assistant called Trippy. Our project, Trippy Maps, consisted of a chatbot and an itinerary. What this chatbot does in a nutshell is take in user input, parse it, and search keywords or the whole string into Google Maps API. Three APIs are called in total: Place searches a string of words into Google Maps and uses IP bias to get search results closer to the user and returns a name and place id if a result is found; Place Details returns a list of details about a specific location when given the place id, which is unique for every place; The final one, called Distance Matrix, used place ids to find the distance and time needed to travel between two locations. We decided to do our chatbot in Python and code our website in Django, but with very little prior experience, we were unable to have Trippy's output show up on the website, so we hardcoded an example of what the chat would look like and ran Trippy in the terminal. At that point, we knew we had very little chance of winning the best product award, and decided to focus on the best presentation award. We used a template for our website which we thought was aesthetic and decided to do a live demo of our bot which we knew worked. During the presentation, we asked the judges for live input, and we planned them an itinerary which took them to a gas station at Sam's Mart and a bar at Natsu Sushi Bar & Ocean Grill. The judges enjoyed our presentation enough to present us with the best presentation award.

If you would like a look at the code I have it hosted here on Github. Note that it doesn't run because I removed the API key for safety and security reasons.

I also remade it into a website by myself which can be found at Trippymapps.vincentzhu.com

What an experience this was; made many new connections and friendships that I will cherish forever!